Due Diligence of Various Companies – Myanmar 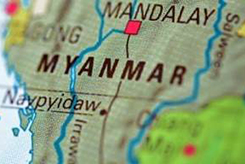 The foreign investment law in Myanmar was passed in 2012 which set off a wave of interest in the country. At the onset of the opening of Myanmar to foreign investments, NCL through Kris Tampinco Binwag was contracted to undertake the financial due diligence of distribution utilities in three townships in Myanmar to assist in informing the proposed investment in the distribution facilities. Following the successful completion of the project, Kris was contracted on a longer-term by the holding company of the utility to undertake due diligence studies of several companies involved in electricity generation, electricity distribution, mining, water, economic zone development & operation, airport development & operation, and oil & gas in Myanmar, with the objective of assisting the client's investment initiatives in the country.